Its been a crazy 12 months since I left Canada, and I know what your all thinking whilst you read this, Yawwwwwwn, not another bloody bear related post! So I’m not going to bore you with one, but here’s a wee insight into what I’ve been up to recently. 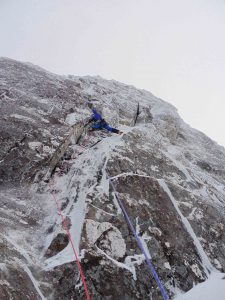 Me making my way up Hoargasm on the first ascent

Rehab was slow to start with but I was soon back on two feet and in the mountains. I managed to salvage one more days climbing in Scotland at the end of the winter with Uisdean Hawthorn in Glen Coe but my leg and my head weren’t fully up to the task and we had to bail off a pretty spicy looking new line and settle for plan B. This was still a funky new line that we called “Hoargasm” VII/8 but I knew then that it wasn’t just physical rehab that I had to focus on. That was pretty much it for my winter season, apart from an awesome couple of days on The Ben with Coldhouse Collective, filming some stuff for the Rab Commitment Series later in April.

I did one more trip off-shore a month or so later for work, which actually let me get some time at Boulder Brighton on the days that we were in-port, so thankfully it wasn’t all work work work. 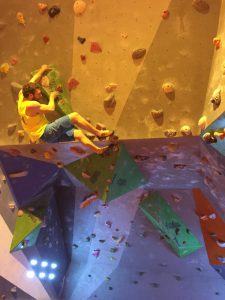 Boulder Brighton, whilst in port. 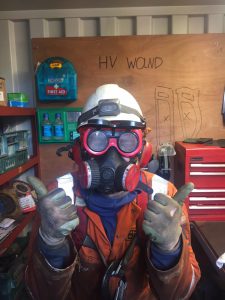 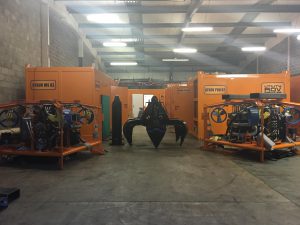 Not a bad summers work. The UTROV in all her glory

After that I moved onto some workshop based work at UTROV Services, helping with the build of two new ROV off-shore systems, which was a busy but awesome way to spend most of my summer. This helped me gain loads more experience in the workshop and enjoy working with an awesome forward thinking company whilst saving up for the winter season. 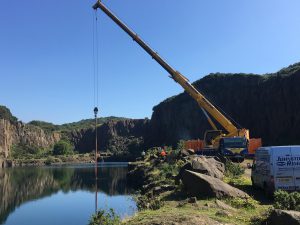 At the end of August after the final testing of the new systems was (pretty much) complete, Mhairi and I headed away in the van to get some well needed shred time in the Alps. We managed just over two weeks of fun in the sun on our steeds before my so called super strong carbon handlebars sheared on a fast corner at Pila in Italy, resulting in a broken elbow and an interesting journey home. Thankfully Mhairi handled it like a pro and I was home in a couple of days and on the road to recovery, again! 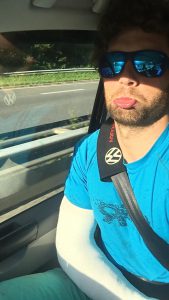 It’s been 10 weeks since I broke my elbow and thankfully I was able to start training, all be it very easy and contrived, after only just 4 weeks. So I am now ready, fit and psyched for another winter season which judging buy the crazy storm that is going on outside my window, is pretty much here. 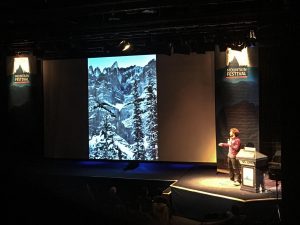 Along with the winter season certain things come round every year, Kendal Mountain Film Festival is an annual thing, and I had a good time at the weekend speaking a two sessions during the festival. The UKC forums are also kicking off right now about the usual also annual conditions discussions, and even though there is a load of snow in the hills, not a lot of mixed terrain is in good condition quite yet (it will probably be prime after this storm outside) so it is this reason that I’m still working and training as much as I can in prep for the primo conditions that are just around the corner.

Keep and eye on this blog for more winter adventures soon, and come down to Dundee Mountain Film Festival this Friday if you want to hear about my exploits first hand.