So it’s been a pretty long time since my last blog post, and it’s not that I’ve not been up to much that I’ve not posted in a while, it’s because I’ve been up to so much that I haven’t really had got round to taking a breath and sitting down in front of my laptop. But as I’m not at work today, and im not too busy, I thought I’d get stuck into putting some words together. 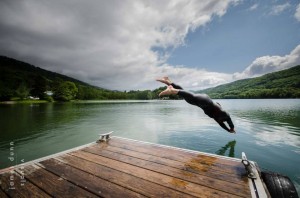 Time for a dip in the lake

To start off, I’d like to give a big shout out and thanks to Terra Nova, who have taken me on as one of their new fulltime sponsored athletes. This will hopefully be the start of a long term and successful relationship between this awesome company and myself. I’m looking forward to working with Terra Nova, and having such high quality tents in my arsenal will mean that I can go anywhere on the globe and know that I will have the best tent for whatever adventure I decide to get stuck into. Watch this space for more info and pics from Terra Nova and myself.

I’d also like to say thanks to Edelweiss ropes, who have agreed to support me with my future plans and crazy climbing antics. I also hope this will be a long and successful partnerships and that I won’t have to test the fall limit on their ropes too many times.

Ok so… it’s been a bit of a different year for me so far. This time last year I randomly txted my friend James Dunn and asked him if he wanted to do Ironman UK (triathlon) on the 4th of August 2013. He eventually said yes, and since then it seems like I have sold my soul to the triathlon endurance devil! Over the past 7 months it was been a jumble of pre-build, build, threshold, tempo, easy to steady, race pace and a good helping of pain and fatigue. But all in all it has been some of the best months I’ve had for training, and despite having an annoying knee injury on the last month before the race, I managed to pull through and put all the training to good use!

Over the months of June/July, James and I were building up the training quite a bit and after deciding to head to the French Alps for 10 days of steep hill climbs and beautiful open water swims, we decided to enter the Scottish Sprint triathlon championships just before we headed away.

The Lochore triathlon was the first triathlon I had done in about 5 years, but thankfully as I had been training for an Ironman tri, I felt a little over prepared for this event. Even though most of the competitors were the country’s/UK’s finest in the sport and as it was the national championships there would be no holding back, I still wanted to give it my all and see how I could place. 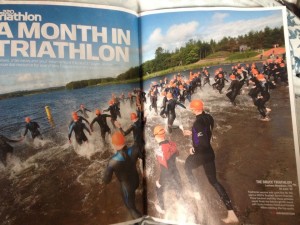 A snap of my heat starting Lochore Triathlon in 220 magazine

Much to my surprise I found myself among the faster competitors on my exit from the swim. I was about 5th out the water for my heat (senior male –roughly 150 competitors) which gave me some confidence. I then jumped onto the bike and started picking off as many competitors from the earlier heats as I could. After getting my heart rate back to a reasonable beat, I got stuck into some hard grinding and made my way to the end of the 25km ride with not too many people in front of me. Then all I had to do was beast the run as swift as possible and I’d be done.

The weather was amazing, and after crossing the finish line in the baking midday sun, I was able to relax and chill-out until the rest of the competitors had finished, and I could see how I placed. I was pretty pleased to find that I had come 10 out of 150 in my age group (senior male) which is a pretty competitive group, and 18 out of 460(ish) for the overall race. I can assure you that the Ironman results will look a little different! 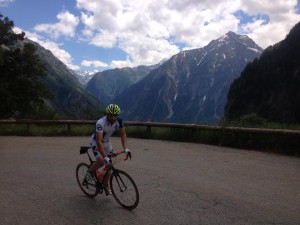 Cycling in the French Alps

So after the race it was a week of work, then off to the Alps. James and I drove out late on Tuesday the 18th July and by the evening of the 21st, we had already done a super hilly 80 mile cycle with over 3000m of ascent, a 4km open-water swim, and a calf stretching run up the well know switch back riddled roads of Les Ecrins national park. Ohhhh how I adore the Alpine landscape and all it has to offer. 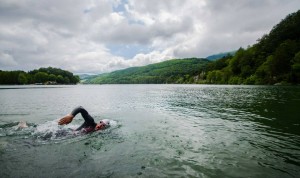 We soon got settled into the style of training we were keen to perform while out in France, and it was awesome to get two big sessions in every day and chill for the rest of the day in the roasting sun when not grinding out the steep cols and breathtaking climbs on our carbon steeds (breathtaking being the operative word).

Our last big session and main objective for the trip was to cycle the course of the famous cylcosportive event Le Marmotte. Which Is a 175km ride with 5km of ascent and takes in 4 major well known climbs of the tour de France. We ended up doing this circuit and adding a little extra to get the wonder cycle. We did 190km, over 5km’s of ascent and after getting up to speeds of 85 kph, it was definitely a day to remember.

Despite having a pretty sore knee at the end of it, due to what I now know is an out of aligned kneecap, I felt super fit and full of confidence for the Ironman, which at the time was only 5 weeks away. 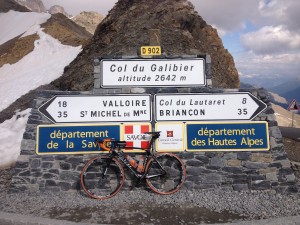 On our way round the Marmotte cycle

Once getting back to the UK I was unfortunately out of action on the training front for a short while, as I was working hard with my physio (Sandi Lyall) at FASIC, to try and correct my knee problems in time for the race. Thankfully, all the hard work and extra £’s paid off, and by the time the 4th of August came round, I was ready to give it my all!

The Ironman was down south in Bolton, and after travelling down two days prior and seeing all the event had to offer, the morning of the 4th eventually arrived and it was time to race. 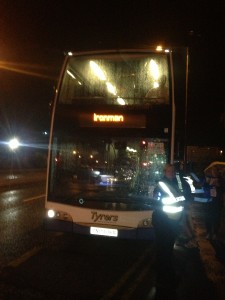 One stop bus to pain!

It was a 2am start for me on race day. Breakfast was eaten by 3am and we were sitting on the shuttle bus labelled Ironman soon after. That was when it really hit me what I was about to do. By 5.50am I was in the water and waiting for the commentator to start the race. My butterflies were partying hard in by stomach, and all I wanted to do was to hear the sound of the starting horn so it would release me from my world of anticipation and nerves. 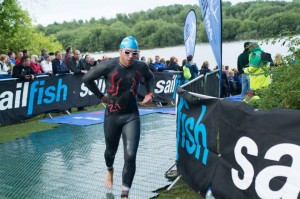 Once the horn had sounded and the race was started, I really did feel free and relaxed. And for the next 11 hours and 50 mins I was in a blur of enjoyment, concentration, pain and everything else you can imagine that comes into play on a 140.6 mile endurance adventure.

For my first Ironman, the race went as good as I could have wanted. I finished in a faster time than I had anticipated, I had enjoyed most of the day and my knee hadn’t got totally trashed by the marathon at the end of the swim and the cycle. So all in all it was a success and I completed the 2.4 mile swim, 112 mile cycle and the 26.2 mile run in 11:50:30 and came 12 in my age category (18-24 male). 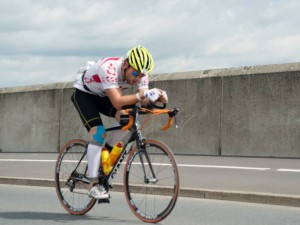 On lap three of the Ironman cycle

Since finishing the race I have been focusing on getting my climbing fitness back to scratch along with trying to iron out some new pains and niggles left over from the event. As well as training for climbing, I have also been doing some cool filming with Hot Aches productions on a little project that they have got in the pipeline at the moment. 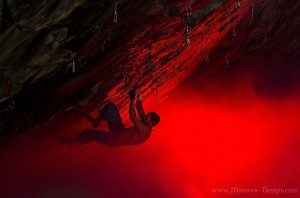 Filming at Newtyle with Hot Aches

Having done a little filming before, but nothing too professional, It was cool to see what these guys had in mind and all the gadgets that they had to hand. Including strobe lights, smoke machines and the coolest of all, a helicopter drone with a mounted camera (HOW AWESOME IS THAT!). 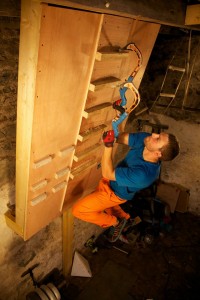 Some home training and more filming

Even though my current focus is on getting my climbing fitness back to scratch for my next big trip in November. Were I am off to Canada with Mr full of psyche Nick Bullock, I have also been working a loads on the farm as it is the time of the year to harvest. But this is all good for replacing the funds in an empty bank account that buying carbon road bike gadgets and flights abroad will leave you with.

I have also been talking to a local endurance coach Graeme Stewart, who is based in Dundee and has agreed to help me train better for my 2014 goals over the next 11 months. So watch this space for more info on that. But for now, I’m off out on my bike, then heading to the training cave for some more pain and hopefully a little gain.