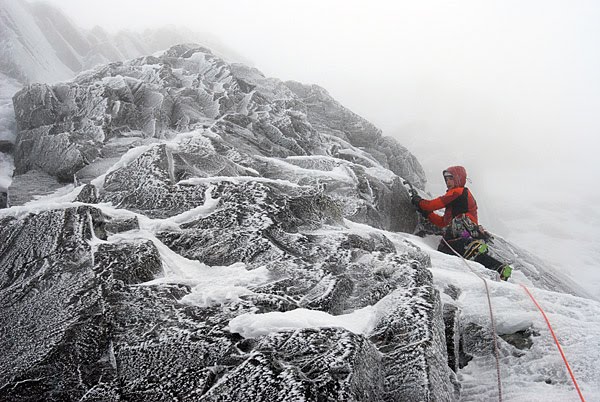 Yesterday Ian Parnell and I headed up to a very wintery Ben Nevis to do a route on the Indicator wall area. 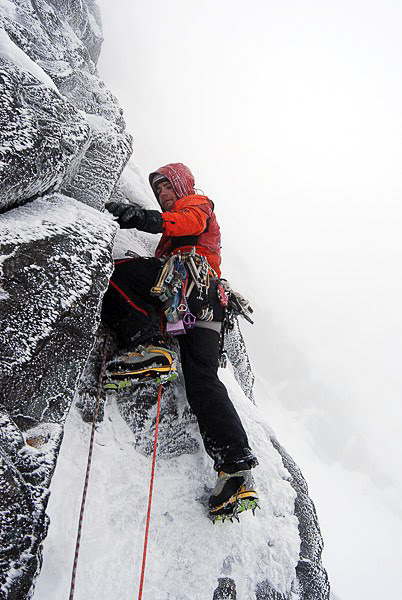 On the walk in it was snowing hard and the rock was looking very white. There seemed to be lots of ice still lurking about up high, so we decided to do a thin icy, mixed line that Ian had had his eye on for a while. It is called “Ship of Fools” VIII/7 and it follows the steep pillar between “Riders on the Storm” and “Albatross” on thin icy grooves and slabs. Ian was sure that our ascent was the second as it was a friend of his that did the first ascent in 2007 and he had heard of no repeats to date. 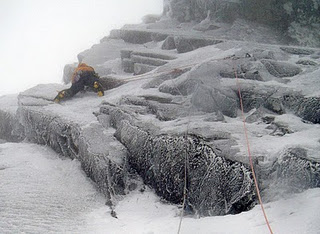 It was an awesome line with just enough protection on the hard sections to help gather the courage to commit to the bold climbing. On the whole the route was home to some really enjoyable technical climbing and the thin ice provided interest throughout. 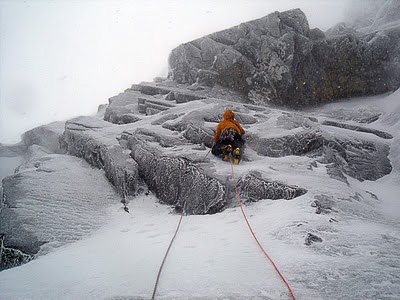 With the forecast looking cold for the next few days I’m hoping to get out again soon before winter leaves for good. PSYCHED!!!!!!!
Check out Ians blog also; http://ianparnellphotography.blogspot.com/

3 thoughts on “Ship of Fools”