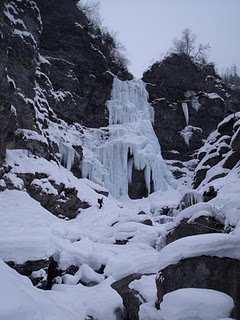 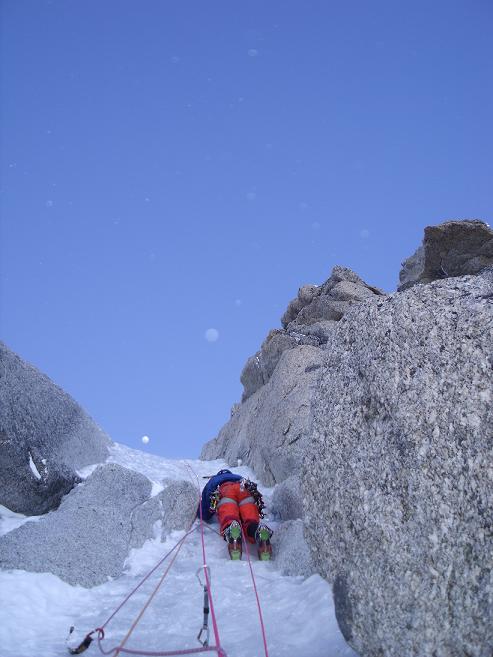 My sister and James have both been staying with Damien and I for the last week. We have mostly just been skiing and chilling, but on Wednesday Sarah had to catch up on some University work so James, Damien and I went Ice climbing. 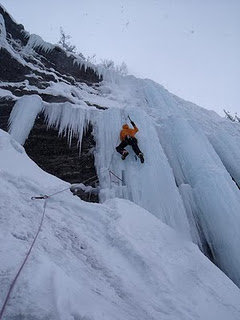 We went to “Notre Dame De Bellecombe” area and climbed two WI 6’s. It was James’s first time on European ice so we decided to give him a baptism of fire. We climbed a route called “Gaidon-Jacquet” which was in super fat condition and was a bit easier than the guide book suggested (Damein lead this route). We rapped off and then I lead the second route which was a variation of the first route, also going at WI 6. It was called (La Direct), it followed two steep pillars and continued onto a steep face at the top. They were both good routes and we all enjoyed the type of climbing this area had to offer. 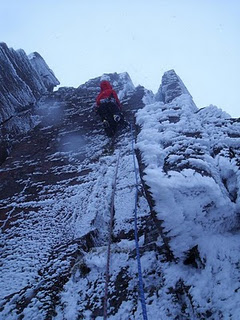 It is amazing how each water ice venue is home to such varied and different types of ice and routes. All in all it was a good day out and there was a lot more ice in the area to go at so we might be back for some more icy fun.