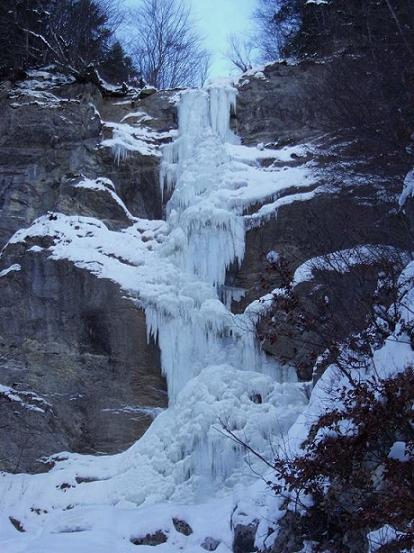 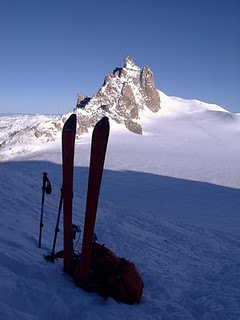 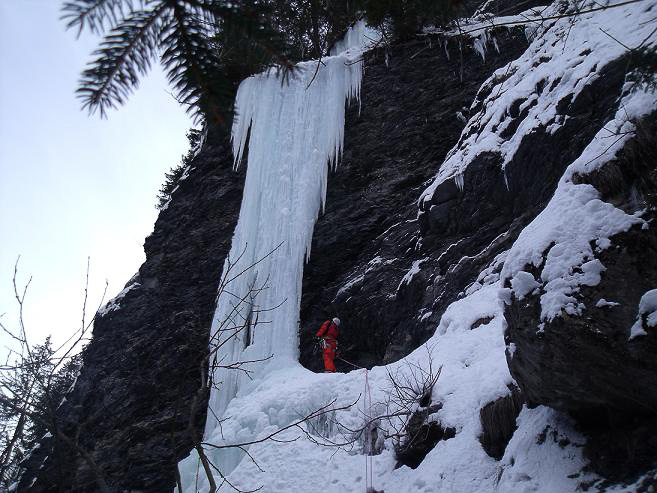 On the 3rd (my birthday) Damien and I headed off to Manigod area to climb some ice falls we had read about in the guide. We climbed two routes, the first was a 60m WI 5 called “Adrenaline” which is regarded as a local classic. We climbed it in two 30m pitches which we felt were both worth 3 stars and around grade 5. There was another team on the route but they were finding it quite hard and intimidating so they asked us if they could use our pre-placed ice screws on the top pitch, which we agreed to as they seemed to be nice guys (and we could see a total epic arising if we didn’t). 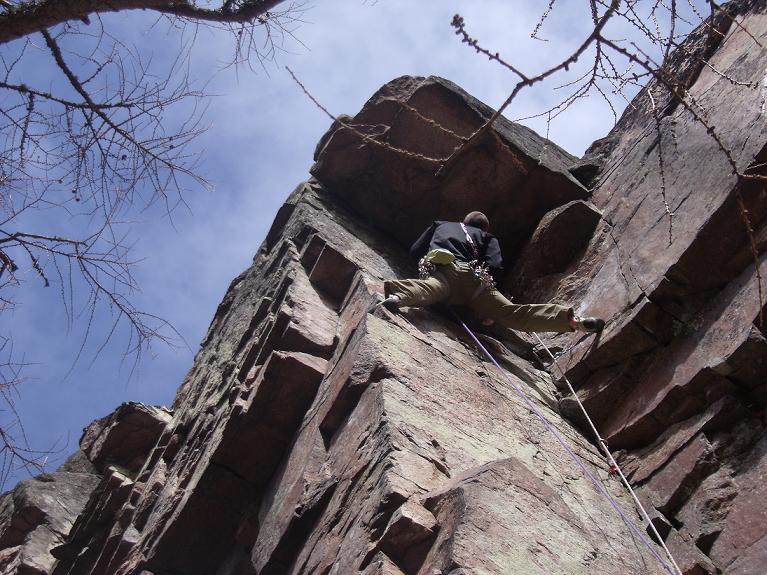 Once they had returned to the bottom and given us our screws back we walked back through the snow covered forest to the car and made the 5 minute journey to the next route. This route was a 200m WI 4 which is also a mega classic of the area called “Le vaisseau de pierre”.
7 ice screws later and 40 minutes of moving together and we had completed our second route of the day. It was an enjoyable route with awesome scenery and amazing surrounding rock formations. This 3 star route is a must for anyone operating around grade 4, with a ten minute approach and bolted belays giving a stress free ascent, or even if you just move swiftly together up the route it is still good value. 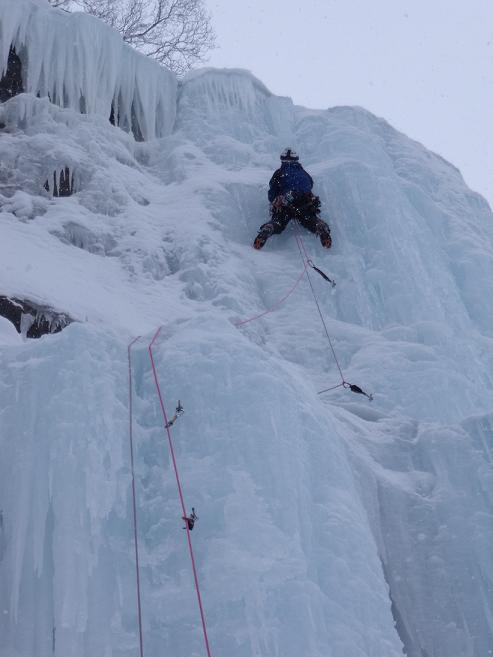 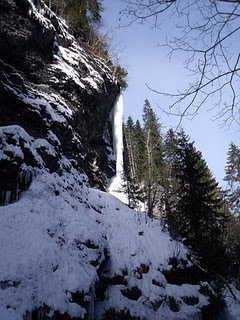 Walking off from the top of the route we watched the sun set on the mountains of the L’Arvais which made for a good end to the days climbing and also a good end to my 19th birthday. Hopefully this year will bring just as much climbing and fun as the last. 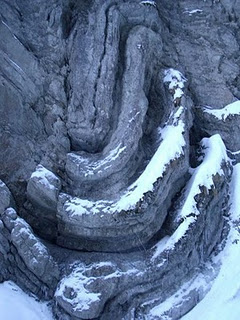 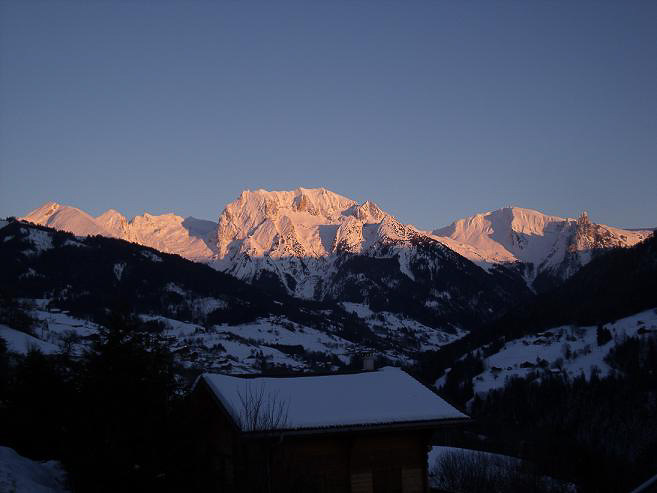