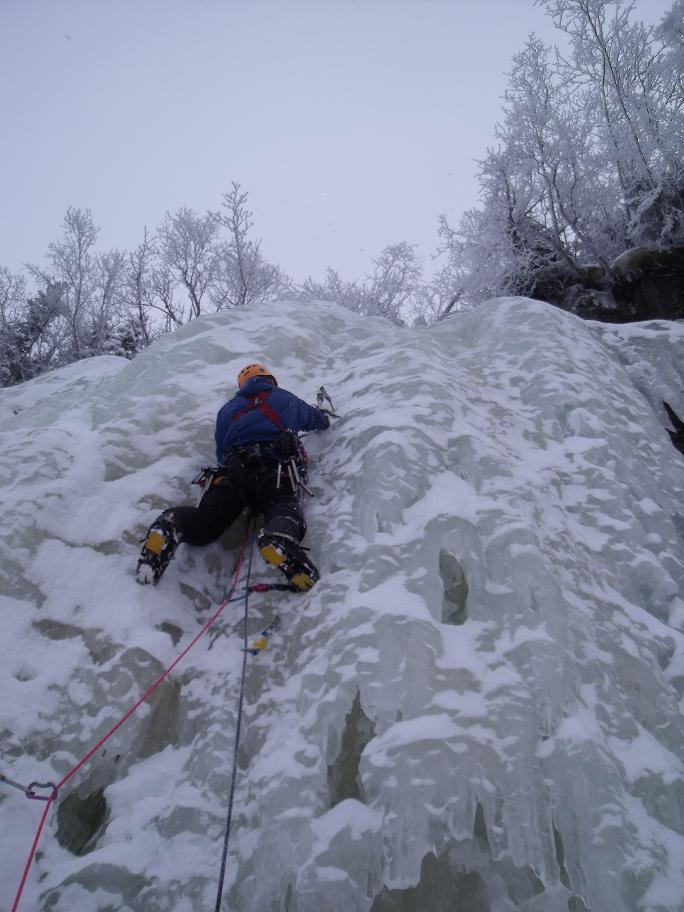 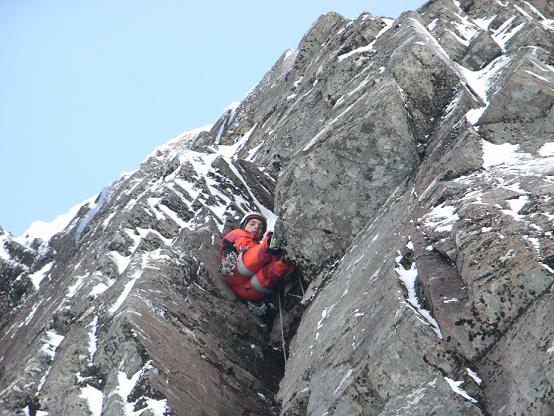 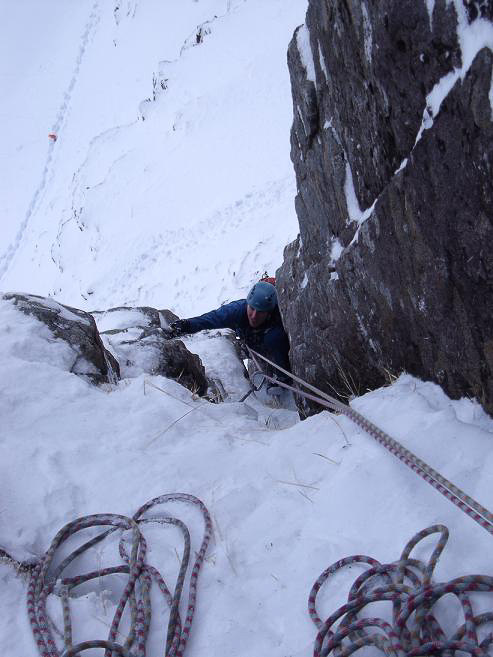 Yesterday Euan and I headed up to Stob Coire nan Lochan. We did Chimney Route VI/6 ***, It follows the main chimney line up the middle of summit buttress. This was the first time i had been to this coire and it will not be the last. We intended on doing “Central Grooves” but it was not in good enough winter nic to justify a winter accent.So we opted for Chimney Route which had good ice build up at the bottom and the chimney was chocked full of snow ice, with good frozen turf and neve on the long middle pitch. The first and third pitches were sustained and steep, but very very enjoyable, and the second pitch had a technical 10m to start then eased off for 35m to the belay (more pics to follow). 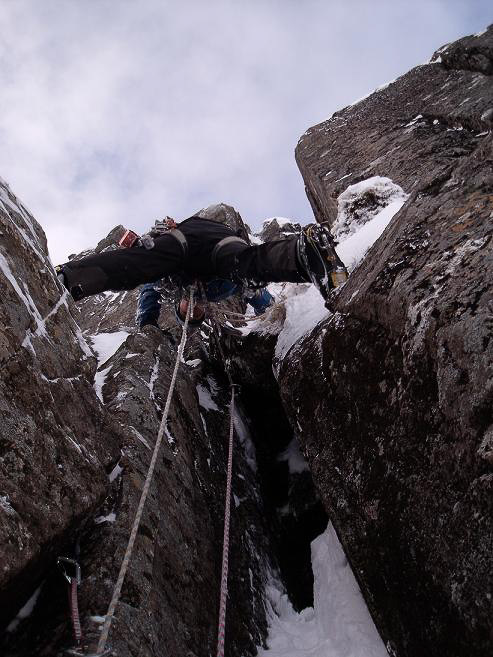